S.R. Blackinton enters the 21st century as the standard bearer for a family of silversmiths and goldsmiths who, since 1862, have epitomized their professions’ highest standards of design and manufacturing achievement. 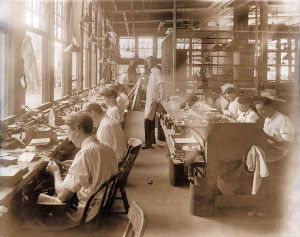 Susanne Ross Blackinton was born into her trade. Her great-great grandfather co-founded R. Blackinton & Co in North Attleboro, MA as the Civil War raged. It was a full silver house that also specialized in goldsmithing, engraving, enameling, metal spinning, and more. One of its earliest commissions was to supply flatware in the Marie Louise pattern to U.S. embassies around the world.

Into the early 20th century, R. Blackinton & Company increased its lines to include, at various times, plated and silver jewelry, dresser ware, fancy table pieces, novelties, and 14 karat gold merchandise. In 1937, the company added an exclusive line of fine Sterling flatware and hollowware for retail jewelers.

Eventually, the business was sold and Susanne’s father, Ross Blackinton, founded New England Sterling in North Attleboro. It was there that she entered the family business, working after school in its packing department. “The workplace is my bond with my dad,” she recalls fondly. “I loved to watch the silversmiths, especially as they created awesome trophies.” It was there that she met her husband, Bill Juaire, whose metal spinning skills were as rare as they were highly developed.

Always working with her hands, always expressing her artistic nature, Susanne remembers a promise she made to herself – one that has special resonance today. “Someday I’ll make the Kentucky Derby trophy,” she thought. 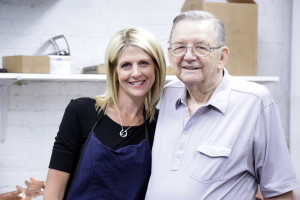 One of America’s most accomplished – and self-taught – silversmiths, Walter Bigos, took her under his wing and mentored her using old world craftsmanship techniques. “It was the best training I could have had; I became Walter’s right hand ‘man.’ I love Walter, and my debt to him never can be repaid”- recalls Susanne. 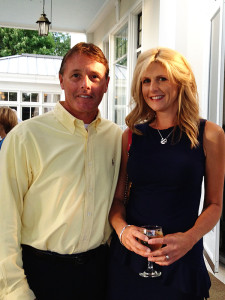 Bill set out to found New England Copperworks using his metal spinning skills to create the finest quality copper home and garden ornamentals available. The Blackinton family business ultimately was sold to a large corporation. Susanne stayed on for a few years before joining Bill, and the growth of New England Copperworks was so impressive that even her previous company commissioned work.

Along with the copper pieces in which it specializes, the company designed and manufactured silver and gold items. What today is S.R. Blackinton was, at first, an informally defined “division” of New England Copperworks. But there was nothing informal about the fact that the company was chosen by Leach Garner to be the primary artisans for the Kentucky Derby trophies. Today, New England Copperworks  serves as the primary manufacturer of S. R. Blackinton. 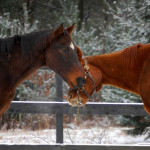 S.R. Blackinton shares a portion of the proceeds of sales with Old Friends at Cabin Creek.”It’s a non-profit farm with a mission that touches my heart: “To provide a dignified retirement for Thoroughbred racehorses and to raise awareness of their needs,’” she explains. “I can’t think of a more important and loving way to help the animals I love.”

Speaking of all things equestrian- Susanne and her cousin, the Emmy ™ winning designer, Sarah Beers, shared a childhood in which horses played a significant role. In 1924 Susanne’s great grandmother, Florence Blackinton of the R Blackinton Co married Sarah’s great grandfather Donald Ross, the renowned golf architect of Pinehurst #2. Merging the families meant the girls spent summers together on the Sakonnet coast of Rhode Island playing at an idea that would mature into their premier Wishing You Good Luck Collection ™ 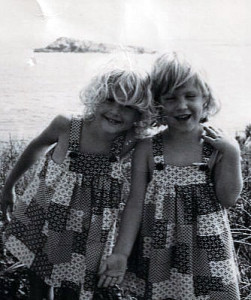 With the formal launch of S.R. Blackinton and its initial lines of mint julep cups and other barware, baby gifts, jewelry, and trophies, Susanne presents a marriage of grand tradition and cutting-edge innovation.”We use time-honored techniques and some very well preserved heavy machinery in tandem with advanced methods to fashion pieces that speak to contemporary tastes and preferences,” she says.”And everything that bears the S.R. Blackinton name will be made with pride, right here in America.”